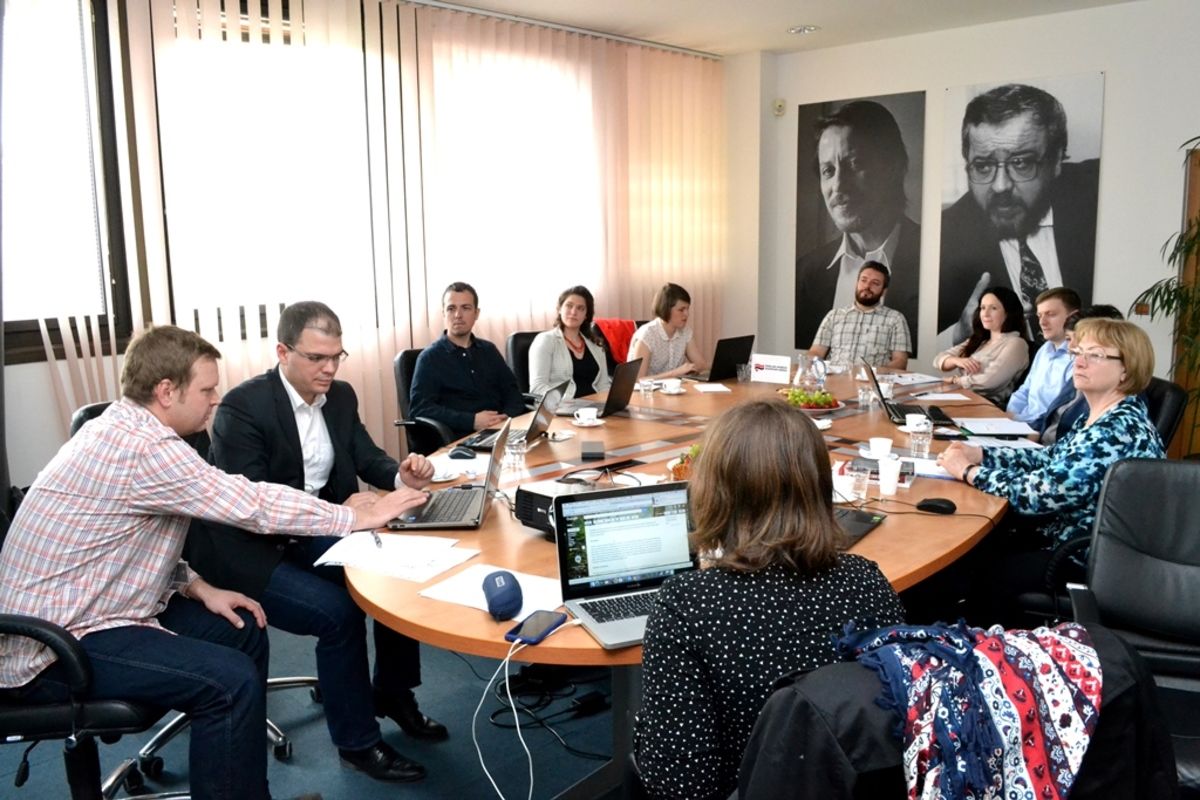 We have launched the "Central European Map of the Gulag" project by the joint workshop with our partners from Poland, Slovakia and Hungary. The workshop took place on Friday, 15 April 2016 in the premises of the Czech Institute for the Study of Totalitarian Regimes. The main goal of the project is to commemorate tragic fate of the citizens from former Czechoslovakia, Poland and Hungary, who have the common experience of victim of the Gulag and Soviet repressive system. The result of our project will be the interactive map of the Gulag, which will show the places where the Soviet repressions in the former Soviet Union and Central European countries took place as well as it will include testimonies of the witnesses and database of the labour camps. All of these data will be available within our platform Gulag Online.

The Interactive map will be jointly developed by the Russian organization Memorial and researchers from the other involved countries. The project’s partners are the Institute for the Study of Totalitarian Regimes (Czech Republic), the Institute of National Remembrance (Poland), the Remembrance and Future Centre (Poland), the Post Bellum SK (Slovakia) and the NémetKor association (Hungary).

The interactive map should be available by the end of 2016. The project "Central European Map of the Gulag" is supported by the International Visegrad Fund.