Sandarmokh – Where the Trees Have Faces 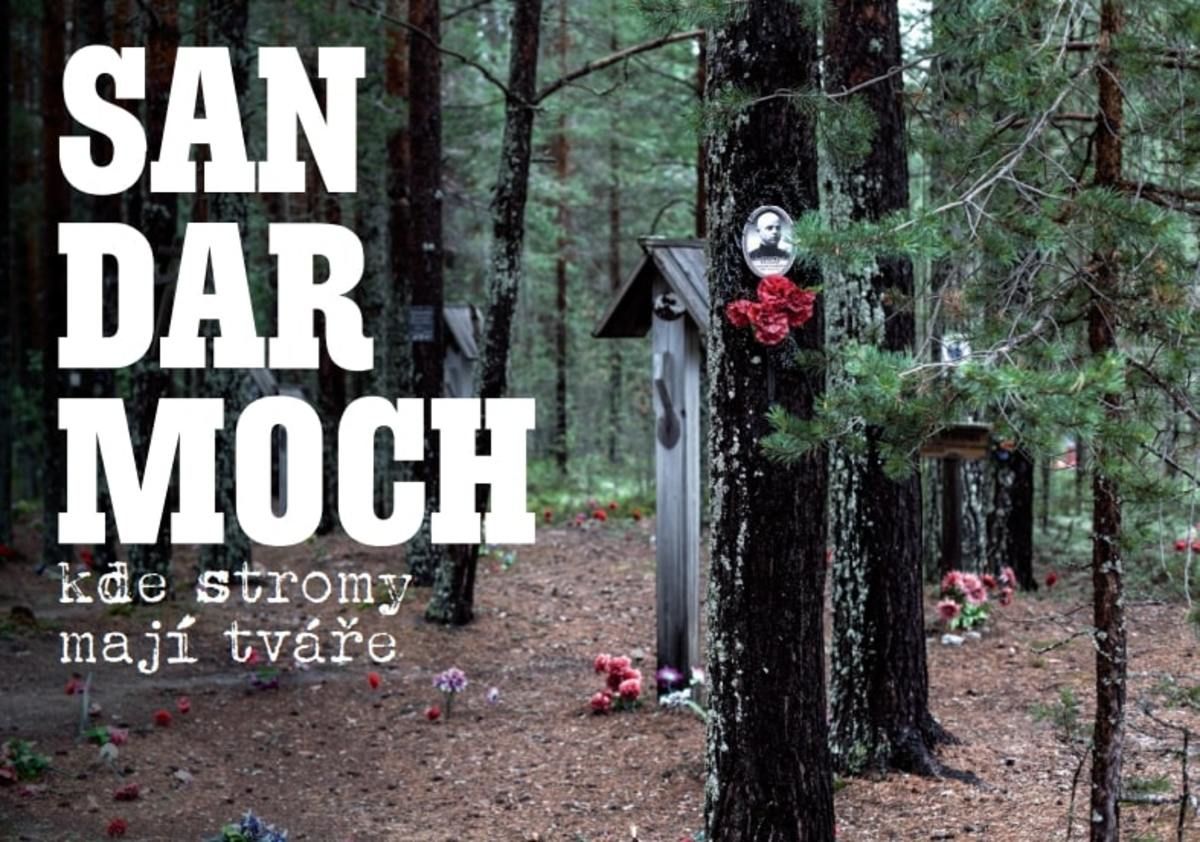 The exhibition titled "Sandarmokh – Where the Trees Have Faces" will be officially opened at Studio Hrdinů in the Trade Fair Palace in Prague on Friday, 5 August 2022. The exhibition tells the story of the Sandarmokh memorial site in Russia’s Karelia, an execution site from the era of the Stalin terror in 1937–1938, and its discoverer Yuri Dmitriev who is a prisoner of the current Russian regime.

The exhibition will include works of art made mostly by Russian authors reflecting on the tragic consequences that Russia’s unresolved history is currently causing. Exhibits include Yuri Dmitriev’s personal belongings as used during his research expeditions and his finds from the uncovered mass graves. Visitors will have an opportunity to learn in detail about the history of Sandarmokh, including a strong Czech trace (six Czechs died on the site). For the first time ever, the exhibition will also show documents regarding several Ukrainians who lived and worked in Czechoslovakia in the 1920s, returned to their homeland at a later stage, and were arrested and executed at Sandarmokh.

“I was very happy to undertake the patronage of Sandarmokh – Where the Trees Have Faces organised by Gulag.cz and Memorial. It is crucial to commemorate the crimes committed by the Stalin regime. Unfortunately, it is obvious now that Putin views Stalin as his model, including the brutal practices such as mass murder. I would like to thank Memorial and Gulag.cz for pointing out these vital facts of history while taking care of the heritage of the victims of political repressions,” Markéta Pekarová Adamová says of her patronage.

The event will begin at 4:00 pm with a discussion on the topic of what the Sandarmokh story can tell us about the current Russian regime. Irina Galkova (Head of the International Memorial Museum) and Ukrainian historian Alla Seredyak (National University of Lviv) will be the guests. Gulag.cz’s Tereza Soušková will be the moderator. Interpreting into Czech will be provided.

The actual exhibition will be officially opened at 6:00 pm with inaugural speeches delivered by Markéta Pekarová Adamová, Chair of the Chamber of Deputies of the Parliament of the Czech Republic, Irina Shcherbakova, Russian historian and one of Memorial founders, and Štěpán Černoušek, Chairman of Gulag.cz and the Czech office of Memorial. The reading of the names of the dead will follow, joining similar sessions where the names of Sandarmokh victims will be read in many other places in Russia and elsewhere around the world.

The event will also feature works of art inspired by the exhibition’s topic and its relevance for the present times. For this part of the exhibition, the organisers made a public call and received an unbelievable seven dozen responses from artists in various countries of the world. The greatest surprise was the huge interest among artists in Russia, which shows that the issue of processing one’s own past is even more topical in the light of the aggression in Ukraine. “Not everyone in Russia believes what the official government propaganda is telling them, and they feel the urge to express their frustration publicly regardless of the potential repression,” says Štěpán Černoušek, one of the authors of the exhibition.

In addition to Russia, the artists who offered their works also come from Ukraine, Czech Republic, Estonia, Poland, Germany, Slovakia, the Netherlands and the USA. A jury of experts led by Studio Hrdinů curator Michal Pěchouček chose 38 pieces that have become part of the exhibition. Once the exhibition is over, these works will be auctioned publicly and the proceeds will be donated towards humanitarian aid for Ukraine.

The exhibition can be seen in Prague at Studio Hrdinů in the National Gallery building, Trade Fair Palace (Veletržní palác), Dukelských hrdinů 47, Prague 7 from 2 August to 28 August 2022. Opening hours are 10 am–6 pm, Tuesday to Sunday. Two guided tours of the exhibition will be organised during its term in Prague (the dates will be announced).

From September on, the exhibition will travel to other towns in the Czech Republic. It will stay in Opava in September, in Brno in October, and in Plzeň and Liberec later still. Partners in France and Italy have already shown their interest in the exhibit.

The official opening of the exhibition is scheduled for 5 August, the fixed annual date of the Sandarmokh Remembrance Day organised by Yuri Dmitriev and the Fond Iofe. The 5th of August 1937 was the initial day of the Kulak Operation as part of the Great Terror, during which hundreds of thousands of people were executed all over the Soviet Union, many of them in Sandarmokh.

Sandarmokh is a distant place in Russia’s Karelia, close to the Finnish border, and the scene of a massacre that was meant to be forgotten. As the Stalin repressions peaked in 1937–1938, more than 6,000 people of 56 nationalities were executed there. In addition to many Russians, Karelians, Finns, Ukrainians and the members of other European and Soviet nationalities, six Czechs perished there too. Sandarmokh was not forgotten primarily thanks to historian Yuri Dmitriev from the Memorial association. Dmitriev and colleagues from the St. Petersburg Memorial office located Sandarmokh precisely in 1997, and they found and documented the names of the majority of those executed in the years that followed.

Russian society’s relation to Sandarmokh has changed profoundly in 25 years. Initially, authorities encouraged Memorial and Dmitriev’s work. However, when Dmitriev openly spoke out against Russia’s aggression in Ukraine in 2014, he was persecuted, and has been recently sentenced to 15 years in a labour camp on a fabricated pretext. International Memorial, the umbrella organisation for the Memorial network, was liquidated in Russia by a court decision last year.