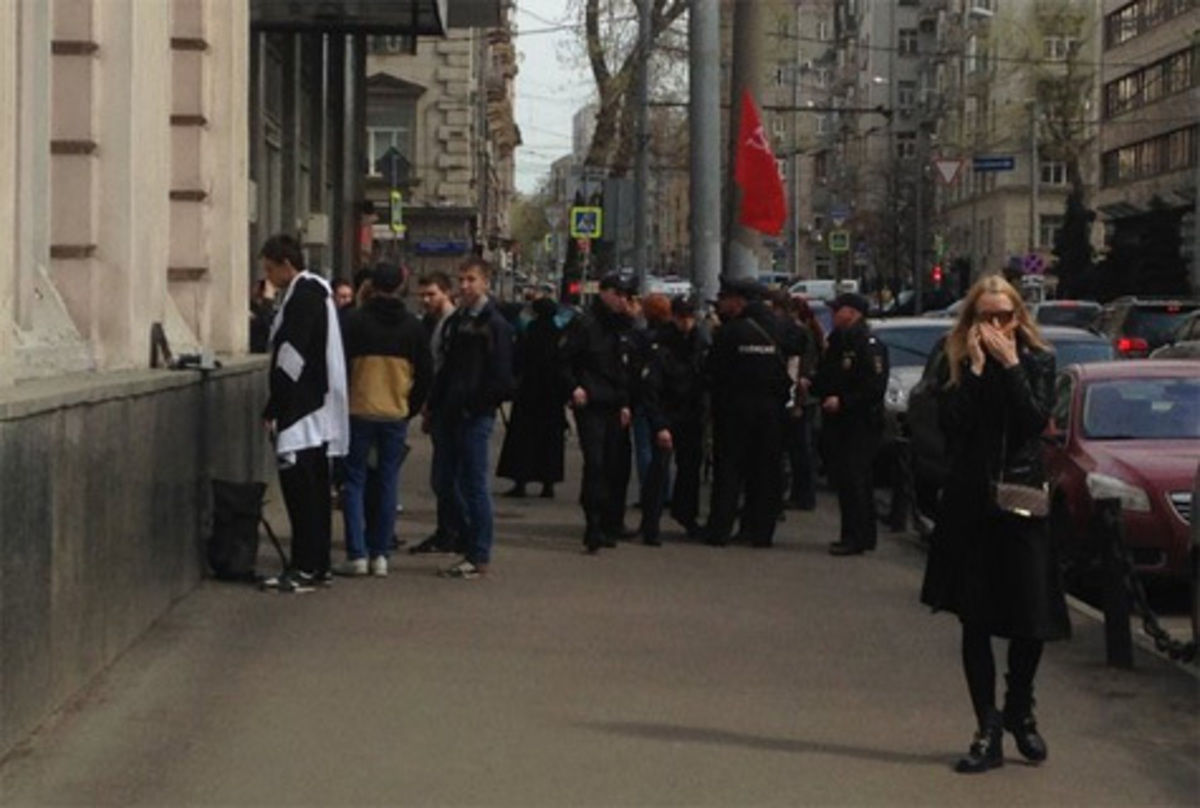 We would like to express our support to our colleagues from the Russian Memorial organization, who were attacked yesterday by a group of activists from the Russian National Liberation Movement. During the "People in History" school contest prizes, these activists indiscriminately attacked pupils and jury members (including writer Ludmila Ulickaya), in addition to verbal assaults about the fascists and alleged counterfeiting of history, they threw eggs, smelly of liquid and green in color. According to the organizers, the oncoming police did not prevent the attacks.