An expedition to the Marble Gorge – a new documentary by Gulag.cz

In August 2016, a two-member team of Gulag.cz archaeologists explored abandoned gulags in the Kodar Mountains in Siberia. A short, 11-minute documentary has now been created from this expedition, freely accessible on our Youtube channel. The crossing of flooded mountain rivers, wild nature, mosquito clouds, archaeological survey with minimal equipment in a mountainous environment – you can see all of that in our film.

The expedition team consisting of Lukáš Holata and Radek Světlík mapped three abandoned camps, which came under the administration of the Borsky corrective labour camp (Борский ИТЛ). The uranium necessary to produce the first Soviet atomic bomb was mined and processed in them. At the time of its establishment, the camp was located in a completely remote area (the nearby Baikal-Amur Mainline was not completed until a later date) and almost four thousand prisoners passed through it. Shortly after the start of operations in 1949, uranium reserves here proved to be smaller than expected and the camp was hastily closed on October 3, 1951. Due to rapid abandonment, distance from civilization and a dry, frosty climate high in the mountains, the remains of the camp in the Marble Gorge and adjacent mining area have been preserved to this day in very good condition.

The outcomes of the expedition are: a panoramic tour of the complete camp in the Marble Gorge, 3D models of objects discovered and unique documentations and descriptions evaluated, for example, in the ‘Archaeology of Gulag’ article. The description of the journey, everyday situations, and experiences you can find in the expedition diary.

The movie uses authentic shots from the expedition, which were taken by both participants.; Lukáš Holata puts them into context with his narration. Its final form was put together by director Tomáš Polenský, who is also signed under the movie from the previous expedition "Journey to the Gulag". 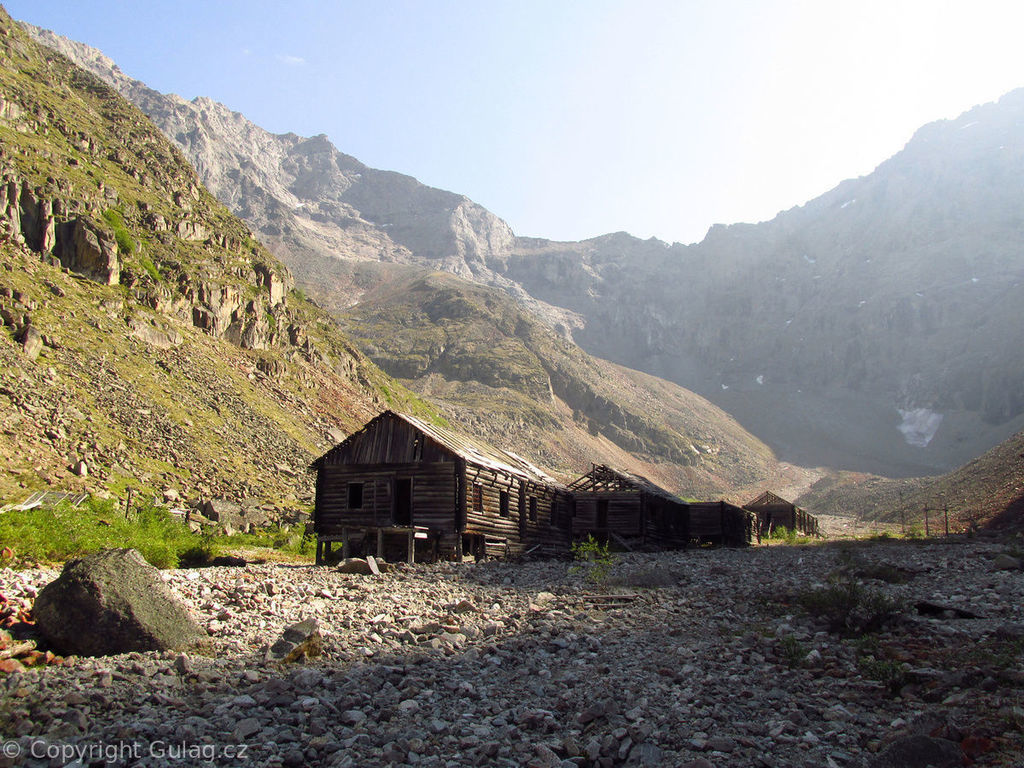